Our Operations are back to normal but, please note that some courier/postal services may be affected due to COVID-19. There may also be changes in packaging, owing to the same scenario. Thank you for understanding. 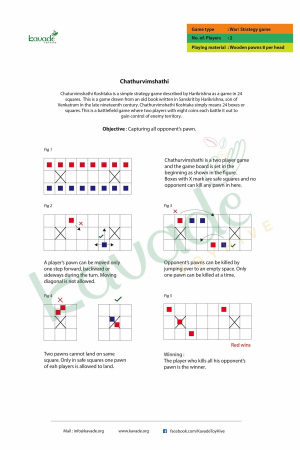 Hunt games or war games require a certain amount of strategy to be utilised to win the game. They are reflective of the times during which the games were created, like chaturanga, Tiger & goat, Navakankari. Chaturvimshathi Koshataka is one such war game where players pit their armies against opponent's with the objective to vanquish the other.
Be the first to comment!
Read more...
Tagged under:
Published in How to Play

How to play line games 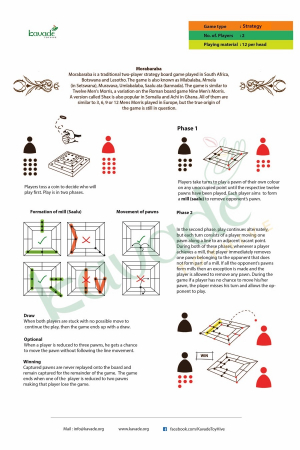 Navakankari, like all ancient games from across the world, is a game extensively influenced by dynamics of the local ecosystem. Morabaraba is a traditional 2-player game played in South Africa, a variation of Navakankari. These games test skills of the mind such as concentration, patience and proficiency, strategy and logic. Navakankari and Morabaraba share commonalities with tic tac toe, but is much more dynamic and engaging. It is commonly known in Europe as Morris game and in Karnataka as Saalu aata. The game is found carved into stone slabs in temples and historic monuments in India.
Be the first to comment!
Read more...
Tagged under:
Published in How to Play

Kavade Attic came alive in a beautiful way last 4 days with the sweet sound of charakhas & innovative experiments. Immensely grateful to Madhavji for untiringly mentoring us.